Application is now open for Enumerators for the 2021 Population and Housing Census, Please apply bellow: 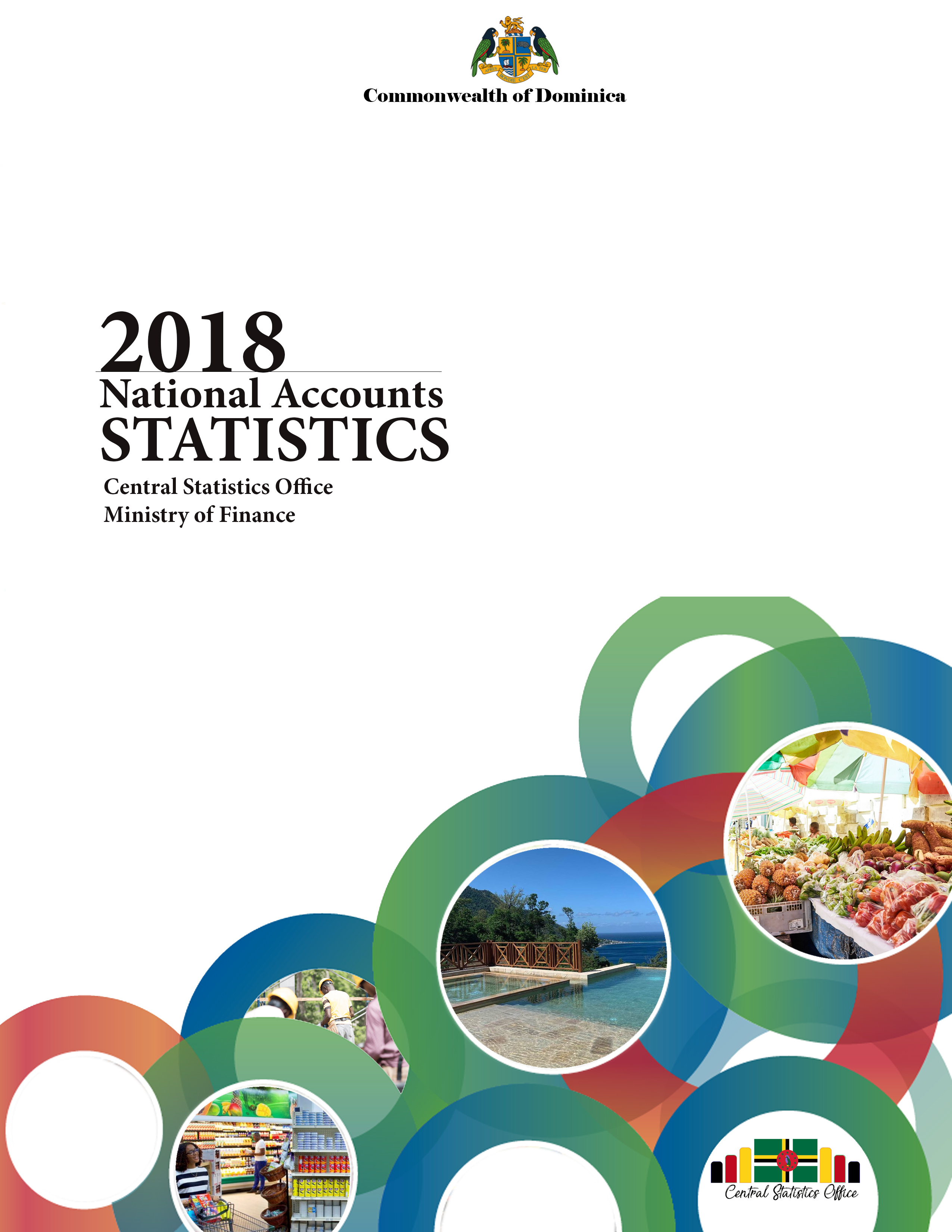 The “National Accounts Statistics, 2018” is the twenty-third official publication on the economy’s System of National Accounts (SNA), produced by the Central Statistics Office (CSO), Ministry of Finance. The objective of this report is to provide Government, policymakers, business enterprises, academics and the general public with indicators for assessing the economic conditions of Dominica.

The statistics contained in this report have been prepared in accordance with the standard methodology adopted by the Eastern Caribbean member countries and is consistent with the recommendations of the 1993 System of National Accounts.

This report presents data on the Gross Domestic Product in current and constant prices, by economic activity and expenditure components, and selected economic indicators for the period 2009-2018 (preliminary estimates for 2018). Two new accounts; Rest of the World and Net lending Aggregates_ are presented in this report for the fourth consecutive year.

This publication is the ninth report, (presenting the new series from 2009) following the updating and rebasing of National Accounts from base year 1990 to base year 2006. The rebasing of the national accounts series incorporated new data sources, and adopted new international methodological and industrial classification standards.

The accounts presented in this report should prove useful in analyzing the performance of Dominica’s economy. In this report, revisions on methodology are presented in section III, “Sources and Methods of Estimating the Gross Value Added in Current and Constant Prices”. Any suggestions, comments or queries may be directed to the Central Statistics Office, Ministry of Finance.

Welcome to the Central Statistics office

The Central Statistics Office of the Commonwealth of Dominica has finally reached one of its major milestones as it launches its official website today, October 17th 2019. This website brings a vast collection of Statistical reports and data to its users.

The Central Statistics office aims to enhance the dissemination of data to the public in a timely manner as we strive to meet the demands of our users.

We look forward to your feedback, as we strive to make this Central Statistics Office Site one that full-fills the needs of all our data users.